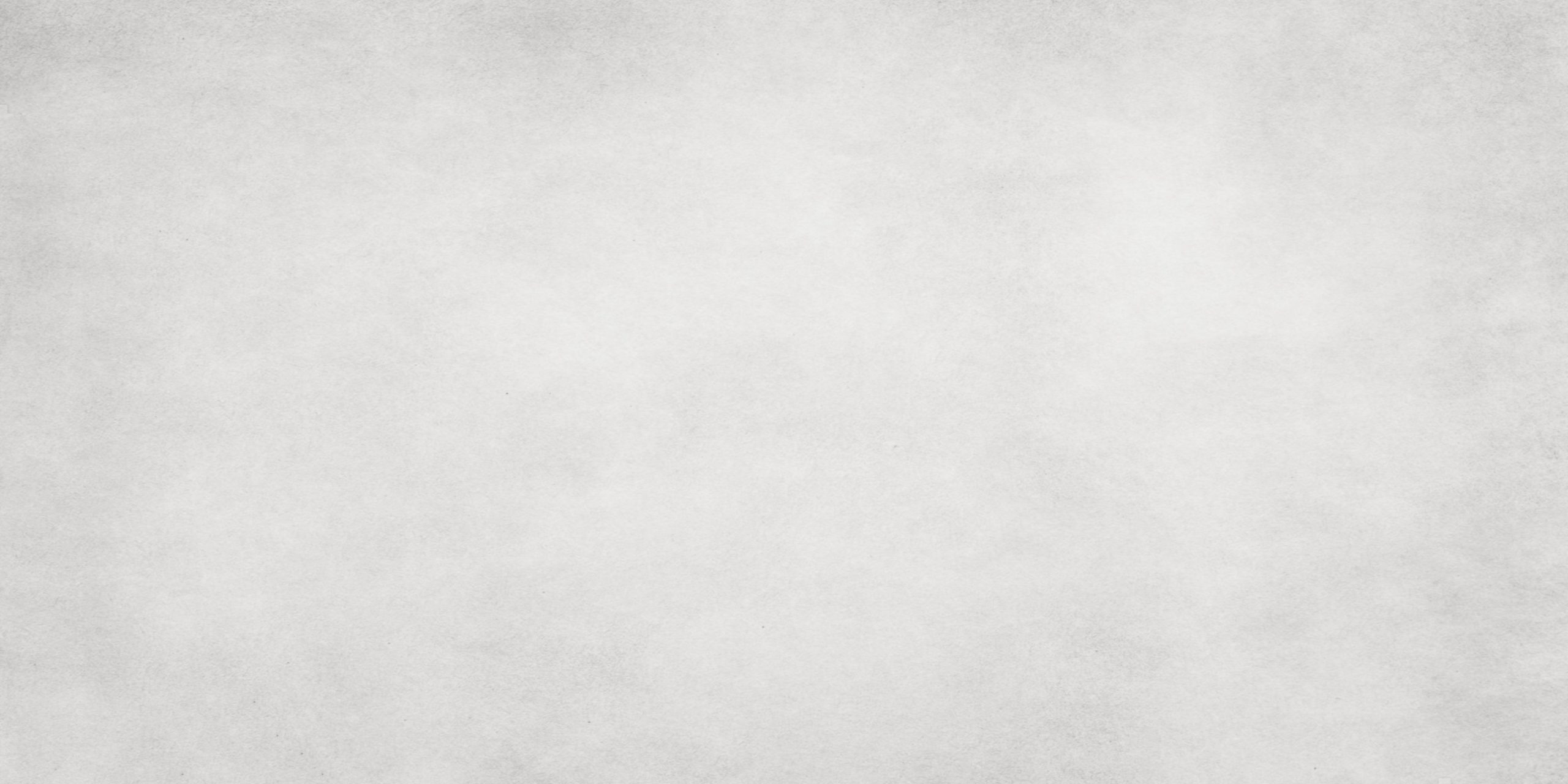 Las Vegas is often referred to as “Sin City.”  A place of glamour, excitement and fast action, the city has a colorful history and association with organized crime. But those days of the FBI battling mobsters is long gone and the only interesting mobsters you’ll find left are in a museum.  But guess what?  The FBI’s Las Vegas office is still here and in full force.  Today, Las Vegas is like any other major metropolitan city, a place with doctors, lawyers, business executives, people working service industry jobs and all the other elements of any major city.  A place that sees robust efforts on the part of the federal government to prosecute all manner of crimes.

While the FBI has historically been the dominant federal law enforcement agency in Las Vegas, today there are scores of agents working for other agencies such as the Department of Homeland Security (DHS), the Department of Health and Human Services (HHS), the Drug Enforcement Administration (DEA), the Bureau of Alcohol, Tobacco and Firearms (ATF), the Treasury Department’s Secret Service and the United States Postal Service Inspection Service among others.

With an alphabet soup of federal agencies with unlimited resources to build a federal case against the average person, the federal government has more power today than at any point in its history.  If you’re facing a federal investigation or charges, you need to level the playing field.

When you get The Federal Defenders on your team, you get the following:

Trial Attorneys That Understand What It Takes To Win In.

Federal courts across the United States apply the same procedural rules and criminal statutes.  And every federal court must adhere to the United States Constitution.  In Las Vegas, the United States District Court for the District of Nevada is no different.  The federal judges appointed to “the bench” in Las Vegas are men and women with impressive backgrounds who respect lawyers that are prepared for court by knowing both the facts and law pertaining to a client’s case.

At The Federal Defenders, we have a team that understand what it takes to win in federal court, including at trial.  We understand that the best defense is understanding the intricacies of each client’s circumstances and case and applying the judgment and skill to press for the best possible outcome.  Sometimes that means taking a case to trial.  When that’s what’s required, we know how to thoroughly prepare and present evidence in a manner that puts the client in a competitive position.  Any lawyer that tells you that he or she can guarantee a victory is a lawyer you should avoid.

However, what we can guarantee you is that we have the experience, education and skills to give you a five-star defense.  This means thoroughly preparing to effectively cross-examine government witnesses,  presenting a defense in a compelling and persuasive manner to a jury, staying on top of the latest developments in the law and earning the respect of federal judges by being thoroughly prepared to press a client’s case in an effective and efficient manner.  If you’re facing charges in the Lloyd D. George federal courthouse in Las Vegas, you need The Federal Defenders on your side.

Conspiracy is one of the favorite types of criminal charges that federal prosecutors like to bring against individuals.  At The Federal Defenders, we know how to defend against charges of conspiracy.  We provide the best Federal Criminal Defense in Las Vegas. Many times, people who are charged with the federal crime of conspiracy are shocked because they did not think that they committed a crime and are often left scratching their head wondering how they can be accused of a federal crime.

The first thing to understand is that federal crimes are written in very broad terms in order to giver prosecutors the ability to target people for a wide variety of conduct.  The conspiracy charge is a good example of this.  The United States Attorney in Las Vegas will sometimes bring this charge in order to pressure people to cooperate.  Do not be intimidated.  Get strong lawyers in your corner.

If you’ve been charged with conspiracy, understand that the “crime” is not the intended act but the “agreement” you allegedly reached to commit the act (which also requires proof of some overt act in furtherance of the agreement).  Defending a conspiracy charge requires a thorough understanding of the facts of a particular case and the applicable case law.  It also requires attorneys that know how to creatively assess the facts being alleged by the government and turn them to a client’s favor.

If you’re facing conspiracy charges or you’ve been charged with the crime of conspiracy, call The Federal Defendants immediately at (800) 712-0000.  We know how to defend against this charge and what it takes to win.

Drug crime cases are no longer just confined to the controlled substances people most commonly think of when they think of a drug crime – marijuana and cocaine.  Instead, the federal authorities have stepped up cases involving opioids and even physicians who prescribe them.

If you’re facing a drug crime, you need lawyers on your side that understand the intricacies of the law.  Whether the charges in involve trafficking, manufacturing, distribution, possession or conspiracy, The Federal Defenders can help.  Our attorneys have decades of experience handling these cases from both the government prosecution and sides.

Many clients are confused by the terms mail and wire fraud.  The charges have nothing to do with defrauding the post office or wiring money in a fraudulent manner.  Like the charge of conspiracy which federal prosecutors love, mail and wire fraud are very broadly written crimes that encompass all kinds of conduct which prosecutors can target for prosecution.

At the most basic level, a charge of mail fraud simply means a person being prosecuted used the mail to perpetrate a larger fraud of some kind.  The use of the mail is an element of the crime but is not crime itself.  The crime is a larger scheme to defraud in which the mails were simply utilized to facilitate the fraud.  The same holds for wire fraud.  An element of the crime is use of the “wires” which encompasses everything from television to the internet.  In other words, some electronic device or process was used to facilitate the fraud.

If you’re facing mail or wire fraud, you need attorneys that understand how to defend against these crimes.  At The Federal Defenders, we have former federal prosecutors and FBI agents that fully understand the nature of this type of crime and can help you.

Las Vegas Federal Criminal Defense Lawyers That Have The Experience To Defend Against Tax Charges.

Tax crimes are serious and also fairly easy to prove.  Whether you’re facing charges for willfully failing to file a tax return or evading the payment of taxes, these are never charges to handle lightly.  Being proactive at the outset of the government’s investigation can make a huge difference.  At The Federal Defenders we have a team that is very well versed in these types of cases that can help you.

“Paul Padda saved my life and my career.  I was accused by the IRS of failing to pay hundreds of thousands of dollars in back taxes and was threatened with prosecution.  Even being indicted would have destroyed my professional reputation and law practice.  Hiring Paul was the best decision of my life.  He convinced the authorities to drop the charges on terms very favorable to me.  I will be forever indebted to Paul and his team.” – Former Client

If you’re facing accusations from the IRS and the Department of Justice regarding failure to pay taxes, you need a strong advocate in your corner.  Remember, it was taxes that brought down Al Capone.  If you’re facing tax charges, call us today at (800) 712-000.

At The Federal Defenders, we have the experience, knowledge and judgment to defend these types of cases.  We understand and appreciate what’s at stake for our clients and everything we do from the time we get retained is to put our clients in the best possible position.  If you’re facing charges alleging deprivation of honest services, program fraud, mail or wire fraud, conspiracy, Travel Act violations or bribery, you need to get us on your team.  We can help.

The Federal Defenders Get Results.

It goes without saying that there are few guarantees in life.  And every case is unique in its own right based on the specific facts.  However, at The Federal Defenders we are proud of our record of success for our clients.  Take a look here for yourself.

We can never guarantee you a particular result but we can promise you that if you get us on your team, we’ll do everything within our abilities to help you by presenting you with a 5-star defense.  This means fully understanding the facts of your case, understanding the law applicable to your case, crafting a strategy for success and working with you to achieve a positive outcome.  And when it comes to trial, you can rest assured you’ll have a team that understands how to talk to and argue before a jury. We provide the best Federal Criminal Defense in Las Vegas.

At The Federal Defenders, we have the depth of professional experience, skills, knowledge and judgment to handle any type of federal criminal case pending in any federal court in the United States.  But if you’re being prosecuted in Las Vegas, we can definitely help.  Our lawyers and investigators have the backgrounds to understand how the government “puts together” criminal cases and how to effectively represent clients facing federal charges.  Whether you’re in Clark, Nye, Esmeralda or Lincoln counties, The Federal Defenders can help you with your federal criminal case.

Being charged with a federal crime can be extremely stressful and devastating.  Our team understands what’s at stake for you and your family.  Given the diversity of our ethnic and racial backgrounds, the team at The Federal Defenders understands each person should be treated with dignity and respect.  It’s our job to ensure we defend the Constitutional rights of our clients and force the government to meet its evidentiary burden in each and every case.  When you get The Federal Defenders, you get an entire team ready to go to work for you.

If you’re facing a federal investigation or prosecution, call us toll free today at  (800) 712-000 for a free and confidential consultation. We provide the top Federal Criminal Defense in Las Vegas. During the initial consultation, you’ll speak directly with an attorney after one of our intake specialists gathers some basic information.  If it happens in federal court in Las Vegas, you need The Federal Defenders!